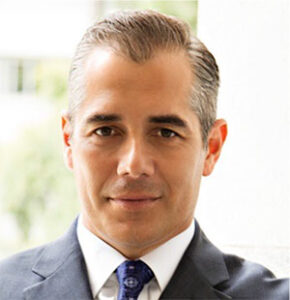 Jason Vega serves as the Chief Executive Officer for the Central Valley Health Network (CVHN), and is a seasoned healthcare executive and public affairs professional with a proven track record of advancing strategic policy and organizational objectives in the healthcare arena.

He has extensive experience working with trade associations, stakeholder groups, regulatory agencies and legislative entities on policy and budgetary issues at the local, state, and federal levels of government. In addition, Jason has deep experience in managing and advising local and statewide community engagement efforts and issue driven campaigns.

Jason has worked with CVHN for more than a decade, and during that time he has served as the chief strategist on an array of policy issues impacting community health centers and their ability to provide critical access to care to underserved communities. Operating out of CVHN’s Sacramento-Capitol office, Jason works closely with healthcare industry leaders and policy-makers to ensure the organization’s health center members play a meaningful role in discussions exploring solutions to increase access to healthcare services and address social determinants of health that create barriers to care.

In 2011, he was nationally recognized for his advocacy efforts on behalf of federally qualified health centers, and was awarded the Betsey K. Cooke Award from the National Association of Community Health Centers.

Jason started his career working of on Western hemispheric policy issues in Washington D.C. for the Canadian Ambassador to the Permanent Mission to the Organization of American States. He has also served, Executive Director for Governor Gray Davis’ Inaugural Committee, as a senior policy consultant to the California Secretary of State, Deputy Political Director for Senator Barbara Boxer’s 2010 re-election campaign, and as a Chief of Staff in the California State Assembly. Furthermore, Jason has also served as Senior Policy Advisor with DLA Piper, LLP, leading the law firm’s state government and public affairs efforts in California, and as a regional Corporate Vice President of State Government Affairs and Strategic Business Development for Magellan Health, Inc.

Jason was raised in Southern California, however, he and his wife have called Sacramento home for more than 20 years, where they raised their three children.

Mary has oversight responsibilities for Quality Improvement and Workforce Development projects as well as internal responsibilities for Human Resource functions. She has been with CVHN since 2009. Mary has a B.A. in Administrative Studies from the University of California at Riverside.

Lisa is our accounting assistant and is responsible for a number of bookkeeping activities. Lisa is also responsible for collecting and auditing the health centers’ data and monthly reports to ensure compliance with the State grants. She has been with CVHN since 2011 and has over 20 years of accounting experience.